Parañaque National High School, formerly known as Parañaque Municipal High School, was founded in 1969 and was known to be the first public high school in Parañaque. All these efforts were initiated by Florencio Bernabe, Sr., who was then the Mayor of the city. This was an effort shoot of his genuine commitment and fervor to lead his citizenry to self-sufficiency through education.

Year after year, the school experienced its tremendous expansion in population and so with building construction. PMHS struggled to impart knowledge to the students and opened its doors to those who are in need of learning in the administration of Mrs. Angelita R. Samson as the prime mover of the institution.

Because of the increasing number of students, Parañaque Municipal High School branched out into annexes to make the pencil area of students conducive for learning and to render better services to the community.

To put education as the top priority, there was a centralization of functions. Each annex had its Officer-In-Charge from the PNHS-Main Head Teachers.

After several ocular inspections by the superintendent, the construction of a new annex was situated at Dimasalang Extension along Rimas Street and was formerly the site of Baclaran Elementary School. It is now known as PNHS-Baclaran.

Mrs. Damian’s commitment was doubled and continued by the effort of Dr. Gerry C. Catchillar as the new principal in 2007.

The first quarter of 2007 marked the beginning of challenging tasks of Dr. Gerry C. Catchillar as the newly appointed Officer-In-Charge. Being a man who personifies commitment and service, he initiated the act of putting up the heart of every school.

On August 12, 2008, Parañaque National High School – Baclaran finally got the approval of the Department of Education on its request to be an independent school. The dedication and determination of Dr. Gerry C. Catchillar has proven to be impressive in all aspects. He aimed for the school’s excellence by focusing on the strength and weaknesses in the different learning areas of the students.

The students’ maximum participation in various trainings and competitions enhanced their potentials and sharpened the edge of their skills. Winning in such competitions has given pride and dignity to our school.

New facilities were constructed, including the establishment of the Functional Library, the additional rooms for TLE boys and girls, the Research Center with computer and internet connection, the new comfort rooms for faculty members, the renovated School Clinic and Science Laboratories, the installed concrete stage, and the renovated covered pathway that connects Golez and Rodriguez buildings.

Dr. Catchillar’s efforts were continued and nourished by Dr. Rosendo C. Abulog when he was appointed as the school’s principal last September 25, 2012. A gymnasium and a three-storey six classroom building were initialized during his period.

The school was then led by a well-contrived, agreeable and competent principal in the person of Engr. Pablito S. Vibal. He started his journey as the newly designated school head of PNHS-Baclaran on August 1, 2013.

With his thorough studies, Engr. Vibal considered and initiated the Single-Shift Class from Grade VII to XI since the School Year 2015-2016, which has been successful and has received positive feedback from the stakeholders.

Engr. Pablito S. Vibal developed the Open High School Program (OHSP) by initiating the Three-Day Class, not only with the Modular-Type Approach but also with the Regular Approach where OHSP students attend the classes and learn with the assigned teachers from Wednesday to Friday from 3 o’clock to 6 o’clock in the evening.

Lastly, Engr. Pablito S. Vibal upgraded the electrical system of the school since it had an unstable electricity supply and could not handle the power voltage demanded by the school itself.

The third quarter of 2019 marked the comeback of the beloved principal, Dr. Gerry C. Catchillar. It was the beginning of his challenging tasks to bring back the beauty, cleanliness, and discipline in the school and establish a harmonious relationship among the teaching personnel, non-teaching personnel, and school stakeholders. Being a man who is known for being systematic and committed to his oath of service, he initiated the act of putting up the heart of every school.

Dr. Gerry C. Catchillar changed and brought back the original schedule of classes from six o’clock in the morning to twelve-thirty in the afternoon. He removed the lunch break from the class schedule except for the Special Science Program and Senior High School that have afternoon classes.

He assigned ancillary services to some selected teachers to take charge of the following offices and rooms like Computer Rooms, Science Laboratory, Canteen, Custodians and Human Resource. He even recommended deserving teachers for promotion.

He made school improvements such as the installation of televisions in the AVR and school grounds and renovated the Emergency Exits of the Golez and MELO/CELO A Buildings.

For School Year 2020-2021, the school had 2, 816 enrollees, including the Senior High School students.  Parañaque National High School-Baclaran has been known in the entire division because of its disciplined students. 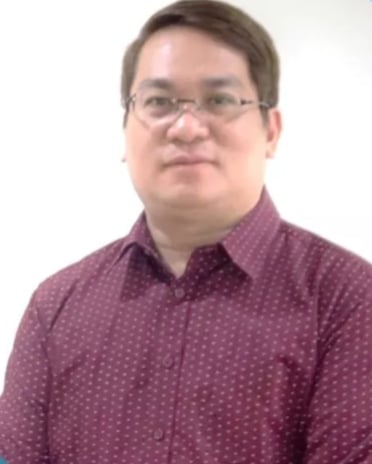 As we face the most difficult challenges in our present time brought about by the COVID-19 pandemic, we still find ways to cope with these trials to be able to provide substantive and quality education to our students. Notwithstanding, I still want to extend my warmest welcome to our students, parents, and other stakeholders in this “New Normal” phase.

The creation of this school website shows that we can do anything under the sun so long as the entire school community supports and unites towards a common goal, and that is to reach out for our students to ensure that nobody will be left behind. Likewise, this platform bridges the gap between technology and education as we implement Distance Learning Modality among our students during this pandemic.

Rest assured that Parañaque National High School-Baclaran (PNHS-Baclaran), through its administration and school personnel, shall continue to commit to providing a challenging and rigorous curriculum that helps each student progress at a developmentally appropriate rate and provides a safe environment for all of them.

As the principal of PNHS-Baclaran, I believe that it is my responsibility to maintain and continue to build a supportive and collaborative spirit at our school.  Together as a school community, we will build on the traditions of the past and meet the challenges of the future in innovative and exciting ways.